Exit/In’s doors first opened in 1971 and this special club has a long and fascinating history. Originally built to seat only 200 people, it quickly grew famous as a unique spot with unusual acts, and in the early ‘80s was expanded to accommodate its current capacity of 500.

Acts of every stripe have played here, and continue to grace its stage, from The Black Crowes to Johnny Cash to They Might Be Giants. The space has been used as a set for numerous documentaries, as well as many music videos – including a recent video by Kellie Pickler. The club is also featured in the 1975 film Nashville and was featured in comedian Steve Martin’s autobiography Born Standing Up.

Today the venue sees local and national acts like Travis Garland, Golden Youth, Misfits, and special events like the Soul Spectacular Tour with Karl Denson. Drinks can be on the pricey side, and hungry patrons are encouraged to grab a bite before heading to Exit/In: The only food served are flaming hot Hot Pockets for $4.

If you’re driving or plan to find a spot to sit, it’s recommended that you get there early: street parking is extremely limited, and the few available tables inside are located on the balcony and fill up quickly. 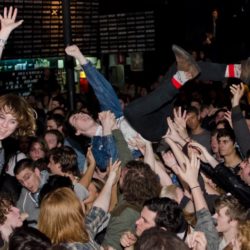 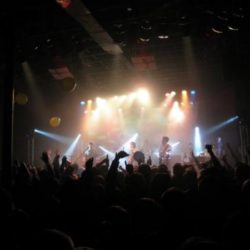 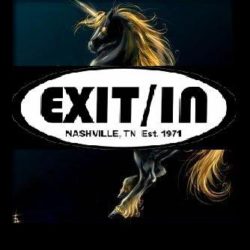