The Fillmore Auditorium, also known by locals as Fillmore Denver, is a concert hall that features an assortment of mostly rock acts. No matter who’s on stage, the idea is to get everyone to move and the crowds show up with that expectation.

This concert hall has hosted acts like Lamb of God, Rise Against, Marilyn Manson, Nelly Furtado and 30 Seconds to Mars. For the most part, it’s a lot of rock, though The Fillmore Auditorium has played host to plenty of metal and even softer acts like James Blunt, Erykah Badu and Joss Stone.

The actual venue for live music resembles a skating rink, with a wooden floor that stays level. This can be difficult for people who are shorter, but there’s enough room to move around and reposition if you can’t see your favorite act. With a state of the art sound system and acoustics made for live, loud music, you’ll always be able to hear them if nothing else. There is also plenty of lasers and lights for bands to use as well.

Bars are located throughout the venue and they server traditional bar food like pizza, chicken wings, etc. So you’ll never have a hard time finding nourishment during a night out. 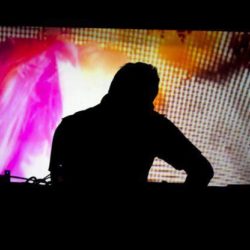 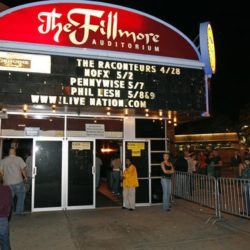 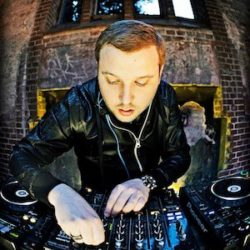