Established in 1946, the Granada Theater now features musical and comedy performances along with private occasions of all types.
It is really a scalable site with seating options which range from 474 to 1150 capacity. Performances like Bob Dylan, Ryan Bingham, WuTang Clan, Kid Rock, Black Keys, the Avett Bothers, Cut Copy, Jeff Tweedy and MGMT have all played in the historical theatre.

According to past guests, the Granada Theater has a Hipster/Casual ambiance and is moderately priced. Past guests will also tell you that this venue is loud and great for dancing.

The collective sentiment among online reviewers is that this establishment is one of the best of its kind in Dallas because of size, price and band diversity (eg. Steve Earle to Yngwie Malmsteen to Peter Murphy to Ween).
Inside the theater the ceiling is painted, so make sure you look up! There are four different bar areas now so it’s super easy to get a drink no matter where you are.

Also, the sound and lights are great, plus the live tweeting feed that scrolls on the wall makes for good entertainment.
If you step outside you will find all of the smokers, or people needing a break from the music, hang out in front of Granada. Even if you are not a smoker it can actually be quite entertaining to watch the people going up and down Greenville.

Worried about the parking situation? There is no need to worry. Parking is pretty easy as there is relatively inexpensive off-street parking behind the Granada. However, if you get there early enough you can often find a spot on one of the side streets.
Lastly, if you are thinking of heading to the Granada Theater, it is recommended that you do so on a Thursday, Friday or Saturday night. 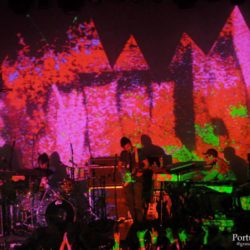 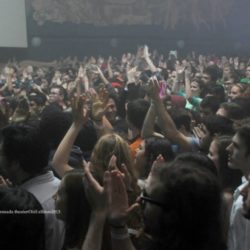 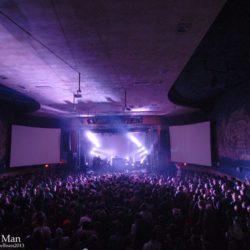 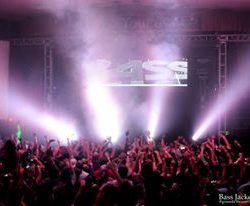 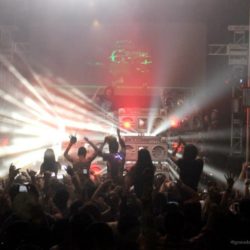