The Phoenix Landing is certainly not a club that suffers from catering too closely to one niche. Housed under a single roof you’ll find an Irish pub, a dance club, and a soccer fan hub. Occasionally they host a 19+ night that lets the younger crowd see what they’re in store for in the years to come.

The bar itself is decorated with old-school Guinness signs, flat-screens a plenty, and quirky knick knacks like leprechaun statues. When a game is playing you can expect to see an international crowd booing and cheering along to their favorite soccer team.

At 10 PM the bar gets an almost magical transformation. The tables and chairs are whisked away, and the DJ sets up on in an unfinished wooden booth. Before long, a dance party is in full effect and the real fun begins.

Most weekend nights you’ll year Top 40 and a mix of old school favorites, though during the week you could be treated to dance, roots, international electronica, and reggae. The geeks amongst your crew should stop by on Wednesdays for Geeks Who Drink Trivia.

There is no dress code and you can check in on Facebook to your heart’s content, thanks to the free WiFi. The cover charge ranges from $5 – $10, though there’s typically no cover before 9:30. 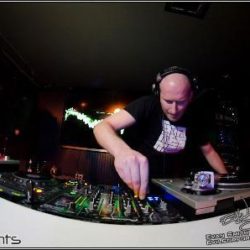 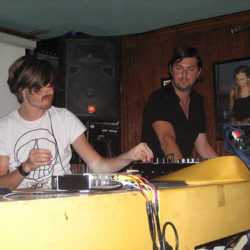