Red 7 is a multimedia dual-stage music venue, event space and bar located in the Red River Music District of downtown Austin, Texas.  We pride ourselves on being a live music venue run by musicians for musicians in the “Live Music Capital of the World,” and while live music makes up a majority of the events we host throughout the year, we are fully capable of turning one or both of our rooms into something appropriate for each different event.

We have done music festivals, wedding receptions, wine tasting events, corporate events, movie premieres, DJ performances, fine art installations and much more.  We offer our clients the use of our 350 person standing room capacity inside and/or our 500 person standing room outdoor covered patio.  Both rooms have built in stages, state of the art PA systems, lighting systems, furnished greenrooms, stage side storage areas and built in and covered merch areas.

All the best bands and the most awesome DJs are right here at Red 7! This cool nightclub dubs themselves as a music venue that’s run by musicians, for musicians. Featuring state of the art equipment, an awesome stage and great lights; you’ll definitely enjoy performances by your favorite bands and DJs. Don’t forget to drop by!

Red 7 is a venue that was built into a crazy awesome multimedia dual stage extravaganza. The event space, concert hall, and bar are located in the Red River Music District of Downtown Austin which has established a reputation for having played host to some of the best live performances of the last decade of music. The vibrancy of the local artist culture has definitely had a distinct effect on Red 7 s the venue continues to defy convention and expectations, and has begun hosting much more than just live music. In fact the ownership prides themselves on being able to turn their unique space into something completely custom tailored to the experience that you are looking for. This might be why in recent years Red 7 has played host to things like wedding receptions, corporate parties, film screenings, wine tastings, and more.

But that’s not to say that Red 7 has forgotten about the basics by any means. Priding themselves on the built in stages, state of the art PA and lighting systems, and immaculately furnished green rooms, Red 7 is dead serious about courting, and presenting great experiences. Musicians are also big fans of the venue with plenty of touring musicians singing the praises of the attentive staff, and their openness and willingness to help with every aspect of a performance up to and including assistance with setting up and running merch booths and tables. Unsurprisingly Red 7 has become a hit with both patrons, and performers alike. With a full service bar, and an amazing approach to production it’s not hard to imagine why. And it’s definitely a far cry from the typical offerings of the crowded Austin scene. So do yourself a favor if you’re in the neighborhood, and catch a show at Red 7. You won’t regret it. 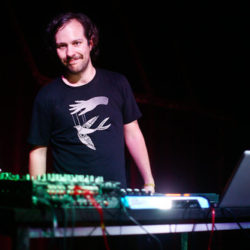 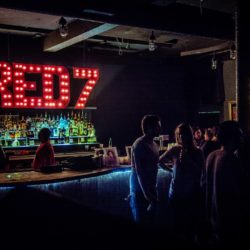