In town like Detroit, which really is the birthplace of the modern image of the blue collar worker, expect to find a club like The Works.  Every bit a throwback to the early no-frills days of EDM, warehouse parties and going way past 2 am (when they stop serving alcohol), The Works prides itself in its role as the kind of place everybody and anybody is welcome to come, dance to the best EDM music Detroit has to offer, which being Detroit is pretty good stuff.

The recently redesigned space, located in the up-and-coming Corktown neighborhood, features two rooms of dancing, plenty of shiny lights, lots of sweat, and an enclosed outdoor patio to escape for a moment, have a conversation or a smoke.

Perhaps because of its no-nonsense approach, focused on the music and not the peripherals, The Works has established itself as one of the best EDM clubs in Detroit, featuring a rock solid lineup from locals like Omar S, and a pretty stellar lineup of talent touring talent, including Kevin Saunderson, Richie Hawtin, John Acquaviva and the legendary Carl Cox. 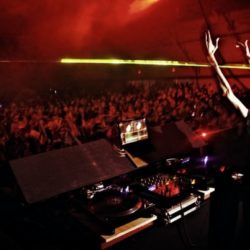 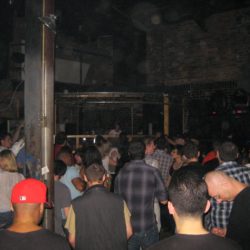