DJOYbeat.com has your chance to join Sydney Blu for “The BLU Party 5 Year Anniversary Pool Party” at the Clevelander Hotel in Miami on March 25, 2014. The “All Day/All Night” party officially starts at 11am and is scheduled to run until 5am. The contest closes on March 20, 2014 at 12pm PST. The winner will be contacted by email.

You can increase your chances of winning by doing the following:

This contest is open to anyone 21+ who plans on being in Miami on the event date. 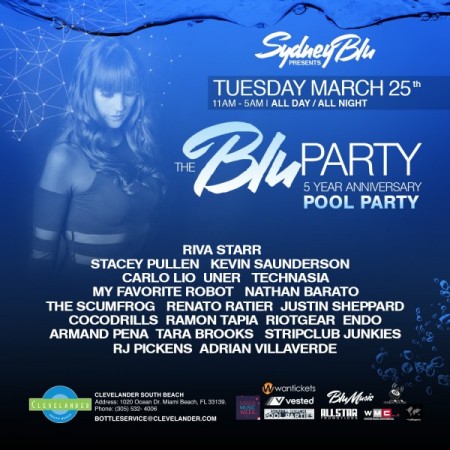