The Chicagoist called the Boom Boom Room at Dolphin Chicago a “state of the art dance club with LED lights, lasers, projection screens and everything else needed to rival Chicago’s top-rated clubs.”

The club used to play host to the Green Dolphin Street nightclub and restaurant, later changing its name to Orvieto. It spanned a career of mixed reviews going back to the late nineties.

Luckily, “Just Joey” Swanson picked up the baton in 2010.  With more than 4,000 square feet of dance floor and different music environments, everyone can find something to cut a rug too. The Boom Boom Room at Dolphin Chicago also has multiple bars, so there shouldn’t be a line holding you back when all that dancing works up a thirst.

Don’t forget to take in the outside tent, that accommodates both air conditioning and heating and has a retractable roof for summer nights when the stars are out. You can even take a walk down the garden path to a dock that overlooks the Chicago river.  Boom Boom Room at Dolphin Chicago is now a must experience for anyone in the area who likes to dance late into the night. 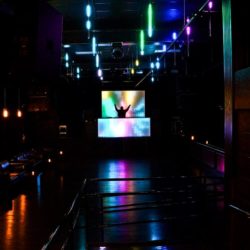 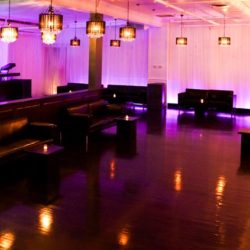