Miami’s Cameo (formerly CroBar) nightclub has become one of the more recognizable names in the scene, building its reputation on its crowd friendly atmosphere, long-running parties, and a steady stream of hip hop royalty.

Sitting in the shell of an old-timey theater, the outside of Cameo belies the more modern interior, with a lower area dance floor and an upper level with VIP sections and separate lounge/dance area called sometimes referred to as Vice.  With its own DJ, bar and space, Vice provides an alternative once you’re in the door.

Tuesdays are the famous Lapdance party, with stripper poles, faux-strippers, some elaborate choreography, and pasties aplenty; World Sounds Fridays are EDM centered; and Own the Night Saturdays trends more towards the hip hop crowd, with everyone from Diddy to Shaq making appearances.

Though not quite as invested in the jet set glitz as some of Miami’s other spots, the rule is still Dress to Impress. Ladies in flats and guy in sandals won’t get past the door.  The crowd is the younger 20-somethings, and accordingly, it gets crowded, sweaty and a little crazy.  And while its generally true of any nightclub, Cameo can be a bit of a meat market. 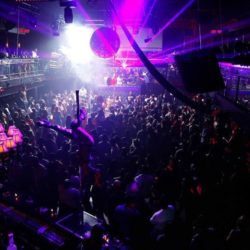 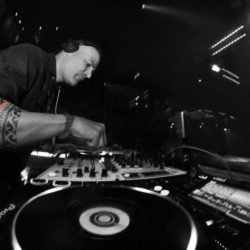 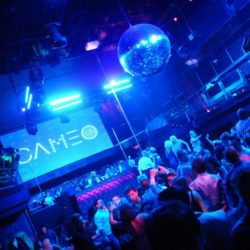