Would you like to go somewhere, where vinyl is the preferred musical currency, and DJ skills – beat matching, scratching, mixing – aren’t looked at as something that gets in the way of fist-pumping?  Mighty could be the place for you.  The longtime favorite of people with discerning musical tastes, Mighty has developed a reputation for putting on great shows in a cool, unpretentious club.  It’s friendly, welcoming, hipsters and music geeks.

With a capacity of roughly 500, Mighty is spread out over two semi-lounge areas, a decent-size dance floor flanked by two polished industrial-style bars and topped with the elevated DJ booth, and a small art gallery (with its own bar) in the back featuring local artists. The interior is minimalist urban chic, plenty of metal, brick concrete and wood, all housed under 22’ ceilings to give it that warehouse feel. The all-wood floors, and beautiful exposed wooden beams, and tastefully modern furniture all create a very underground chic vibe.  So underground in fact, they don’t offer bottle service.  But they do accept credit cards now, which up until recently they did not.

But Mighty really is about the music.  They’ve declared their love for music with two things. The first is the shiny new Avalon sound system by EAW (expensive and really high end).  The second is the pretty stunning list of talent they book: from Marques Wyatt, Dimitri from Paris, Little Louie Vega, Doc Martin, Mark Farina, to Rich Medina and DJ Spinna’s “What The Funk: James Brown vs Fela Kuti”,  DJ Shadow, Stanton Warriors, Diamond D, and LTJ Bukem. 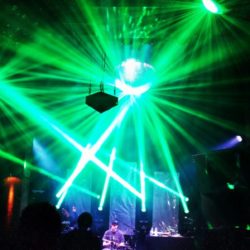 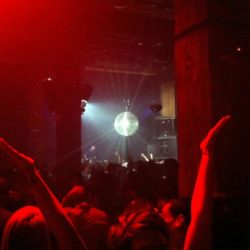 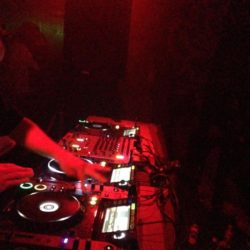 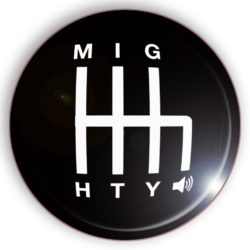