On the outskirts of Detroit, OK, let’s be honest, all the way out in Ann Arbor, sits one of the Detroit area’s best clubs (URB Magazine called it the best new club in the country way back in 2002, and it’s consistently ranked as one of the top three or four in the city each year).

Having recognized a long time ago that being a one trick pony means that once your trick gets old, the crowds move on, Necto has built its name on a pretty diverse array of regular nights.  Factory Mondays are one of the better Goth nights in the city, featuring lots of people dressed in black, lots of odd costumes, and plenty of angry/sad/danceable music.

Along with the Goth sounds, expect a good mix of industrial, drum and bass, and some tasty dupstep.  Recreation 2.0 Wednesdays are the EDM night of note in Detroit, with just about anybody worth mentioning dropping by at one point or another – Fedde Le Grand, Martin Solveig, Hardwell, Steve Aoki, Avicii, along with local hero and dance music icon Kevin Saunderson.

Thursdays are college night (free entry with your college ID).  Pride Fridays are one of Detroit’s best nights for boys who like boys. Frequency Saturdays are your general, all around dance party, with music ranging from EDM to pop, dance, indie, and mainstream stuff.

Necto features two floors.  The large main room has two full service bars, a sizable dance floor and an elevated DJ booth.   The smaller downstairs space, christened the Red Room, has its own bar, a separate DJ setup,  as well as room for sitting and lounging. VIP sections and bottle service are available.  When the weather permits, an outdoor patio with another full service bar is open.

Necto has a reputation for friendly, helpful staff, which helps when the place gets packed, which it tends to do. On that same note, if it is packed, be sure to order your drinks in two’s and three’s, as the wait can seem like forever.  Oh and if your friends aren’t 21, don’t sweat it, Necto is an 18 and up venue. 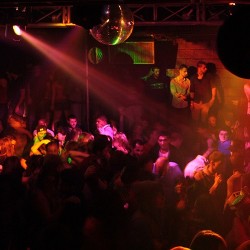 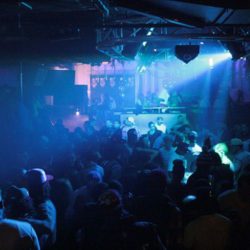 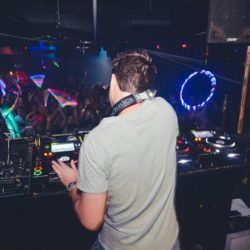 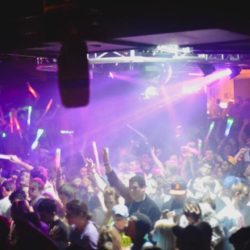 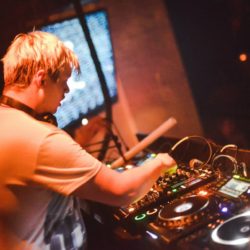 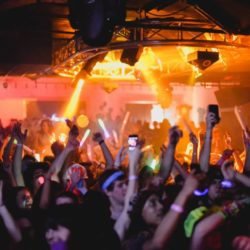 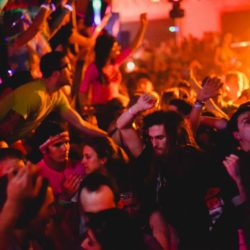