About One Eyed Jacks
There’s much to get excited about at One Eyed Jacks, beginning with the ambiance. What was once an old movie theater is now a hip club with red satin wallpaper in the main venue, and interesting and unique architectural detail throughout. Located on Toulouse Street, between Decatur and Bourbon, it’s in the heart of the beloved French Quarter.

The capacity is only 400, which is much less than many venues nearby, but the intimate atmosphere only adds to the excellence. Whether there’s a full-blown dance party with DJs spinning the best House, Dance, and Dubstep, a local New Orleans band make their stage debut, or a nationally touring act who wants to get away from the limelight for a chill night in front of fans, One Eyed Jacks can handle it all.

Recent acts have included The Eric Andre Show Live! sponsored by Adult Swim, Country Soul Explosion, HOTBOX: Body Rock Party, and ‘80s Night Dance Party. The drinks are cheap, and the bartenders are known to be attentive but with plenty of sass to give. One Eyed Jacks is a unique venue in the heart of the New Orleans club scene. 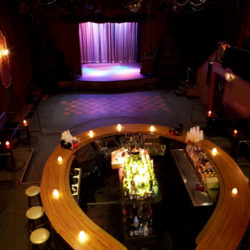 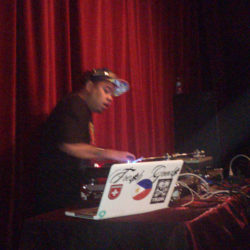