About The Beacham Nightclub

Boasting a long and storied vaudeville/cinerama past dating back to the 1920s, “The Beacham” has hosted recording artists, DJs and high caliber celebrities in its history, claiming performances of the likes such as Johnny Marr, Mogwai, Soundgarden, Bloc Party, Tiesto or Carl Cox in the past. The larger-than-life art deco styled theatre, equipped with state-of-the-art sound and lighting effects, does double-duty as a live music venue and a dance club, featuring both national touring acts and DJs alike.

“The Beacham” and “The Social”, one of Orlando’s premier spots to be at, do not only share the building, but occasionally also the space, inviting a mixed crowd of night revelers to enjoy both clubs for one price on Wednesdays – nice!

On Saturdays the DJs spin anything from Dance to Hip Hop and Old School throughout the night. If you’re here to see a live gig and aren’t up for intimate experiences on the generally crowded floor, make sure to secure yourself a balcony spot against surcharge – there’s a pretty decent view from the bar without having to battle body odours or pushing elbows.

The venue has plenty of well-distributed bars, making it a surprisingly enjoyable experience to get drinks during a gig. Prices are matched to the usual downtown standard, but can be located a little higher on the scale.

Top secret: if you enter the tunnel on the right side of the event room, you get to the bar next door, sporting some high-top tables and chairs, a small stage and immaculate bathrooms. Perfect place to chill away from the masses! 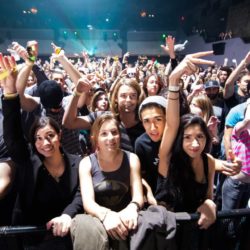 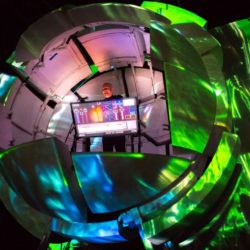 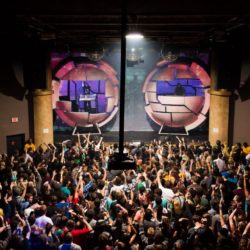