The Trocadero Theatre initially opened up in 1870 as a house for traveling minstrel shows and musical comedies. Later on, burlesque and vaudeville found its stage, and later still, it was restored to be used as theater and fine-arts theater. In 1986, the Trocadero was once more redesigned for its present use for a concert hall and party club. The Trocadero is the sole 19th century Victorian theater still functioning within the USA.

Nowadays, the Trocadero Theatre presents over 150 live shows and events yearly including shows by national recording artists such as the Wu Tang Clan, Patti Smith, Mos Def, The White Stripes and Bob Dylan.

Located in Chinatown, the total capacity of The Trocadero is 1200 standing room or 550 to 600 for totally-seated shows. The Balcony, which is the Troc’s more compact stage, is the place where the Troc hosts scaled-down events of 250 capacity or fewer.

Past guest of The Trocadero have stated that it is a moderately priced venue with a Hipster/Divey ambiance. Furthermore, they will tell you that the best nights to head out to the The Trocodero are Monday, Friday and Saturday.

Furthermore, while there is a parking lot right next to The Trocadero, ownership strongly discourages parking in this lot as it is unattended, which has resulted several cars being broken into. However, $6 discount parking is accessible at the Gallery II Garage from 5:00pm to 2:00am with Trocadero validation. You need to get your parking ticket validated at the Trocadero box office to be able to get the price reduction. 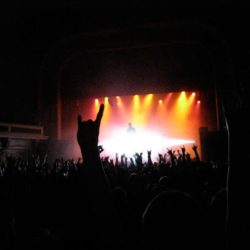 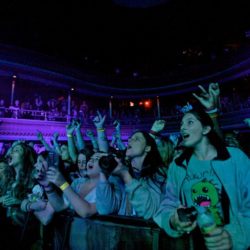 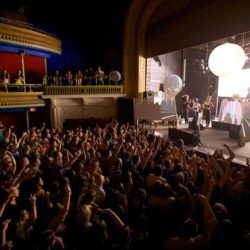