Constructed in 1911, the Vic is a spectacular theatre which is just large enough to reserve notable national acts, and just modest enough to keep the live music experience personal. Nevertheless, a new sound system is meant to ensure that the acoustics are far from old-fashioned. In fact, many say that the acoustics are near perfect. Furthermore, the sightlines are said to be excellent. Whether you are up in the balcony or at the back of the room, guests say that there is no such thing as a bad spot at the Vic Theatre.

Novel to all of northern Illinois, the Brew and View is the Vic’s alternate personality, shifting the theatre from music to movies. Yes, you read it correctly. This live music venue moonlights as a movie theatre on its nights off.

People who have frequented the Vic Theatre will tell you that it is moderately priced, has a Divey/Casual ambiance and is very loud. They will also tell you that if you may as well leave your dancing shoes in the closet because the Vic really isn’t known for dancing. Nevertheless, the best concerts seem to take place on Mondays, Fridays and Saturdays.

As mentioned above, when the Vic Theatre is not hosting live music, it transforms into a movie theatre. In fact, three bars stay open during every movie show, making things very interesting. Movies at Brew and View are inclined to be third run, along with cult and underground favorites. The jolly crowd will frequently speak in tandem with the dialogue of the movie and even dance it there is dancing involved on the silver screen. Therefore, if you really want to pay close attention to every twist and turn of the movie, this is the wrong place for you. However, if your idea of a good time is kicking back with friends, watching a set of old movies while drinking cheap bear, then the Brew and View will be heaven for you. 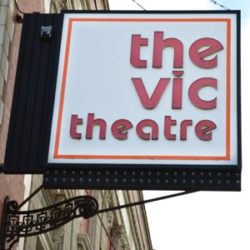 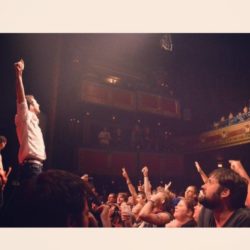