If you get to the front of a crowded dancefloor and ask the handsome Irish lad in the DJ booth to play a song for you, it might be one of the rare times in Las Vegas a headliner is happy to oblige. Robert Ferguson, known on the giant video wall outside of the MGM Grand as Fergie (DJ), is a seasoned spinner who’s signed on for a second year at Hakkasan. DJOYbeat caught up with Fergie to talk about why you should stop by for his February 21 gig at Hakkasan (or February 22 at HQ in Atlantic City), his history, confusion with that other Fergie in the music industry, and how DJing has taken a front seat to production.

What do you feel is important for people to know about the evolution of your career from underground to major headliner?

I’ve been DJing a long time. 1992 started the beginning and played a few different styles of music over the years. I’m not one to just stick in one trend. When I decided to come over to America, I was playing techno around the world, so it was a massive change for me to totally go against everything I’d done previous. A lot of people didn’t understand why I’d done that, but for me, at the end of the day, it’s important to reach out to as many people as I can. … Seeing the evolution of dance music in America has been a great thing to get back in with and be a part of. A lot of the music isn’t reinventing the wheel, but it’s a bit more than that. Especially since I’ve been at Hakkasan, people are coming in that maybe don’t really know the music 100%, but the [goal] is getting them into it—for me anyway.

Fergie now could be seen as a completely different DJ from the Fergie of the ’90s. What have the fans said in response? 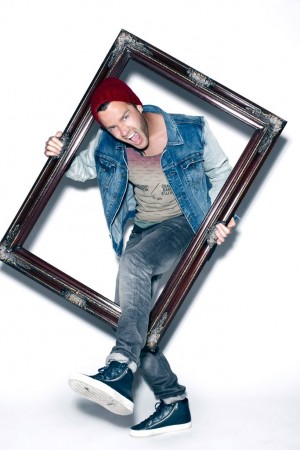 When I first started off, I was mostly known for hard house, then I changed from hard house to techno. It’s always been drastic moves. But this time when I changed from techno to playing what I play now, I thought there would have been a bit of a backlash. But to be honest with you, it’s been great. Everybody’s came over with me—some people don’t agree with it, some people do. I speak to [Adam] Beyer, I speak to the Slam guys, Dubfire—everybody’s been like, “You gotta go for it.” As a DJ, you get the sort of minority, people say to you, “How can you play that style of music?” What’s happening now is more like Fergie of the ’90s because the music was a lot more emotive, it wasn’t as serious, it was a bit more party, and that’s how I am when I’m playing. It just frees me up to be a little bit more connected with the crowd and lets me do whatever I want in the DJ booth and just enjoy it. … Do I miss playing the odd techno set? Yeah, of course, sure I do, but that’s not where I’m at right now.

Since this is your second year at Hakkasan, will the experience change from last year’s theme?

My headlining show at Hakkasan, the party is called Arcadia. It’s full of the most random things you can think of: we have stilt-walkers kicking off, we have little people and CO2s—it’s quite bizarre, but I enjoyed doing it! But the next show is going to be totally different. I can’t really say what.

You have to give me something!

Will you have any productions out in 2014, or have you decided to mainly focus on DJing?

For me [productions are] not as important. I’m getting enough music to play in my sets. There’s no real need for me to be over-worrying about getting into the studio and put something out that I don’t believe in that much. I am in the studio, we are making stuff, but there’s nothing that I’ve been crazy about.

Do you think 2014 will be the year clubbers will have more of an appreciation for a good DJs set, rather than just a producer who’s had some hits but don’t know how to DJ very well?

That’s kind of where I’m at with it. I’ve put records out in the past, but I’m not a producer, you know what I mean? I’m not someone who’s going to sit around in the studio; that’s not me and that’s never been me. … But I think it’s right what you say, people will be looking to see how DJs are going to take their performance a little bit further other than just producers playing records—which is cool. I’m a DJ, that’s what I’ve always been.

Do people finally understand that you’re not the Fergie from the Black Eyed Peas?

No! Some people can’t figure it out. What’s really weird is my agent got sent a pair of Fergie shoes, red stilettos. So he sent them over to the house. [Laughs]. But some people can’t get their heads around it. Somebody on Twitter said, “How stupid are you? Why would you choose a name called ‘Fergie’?” I’m like, “I was around long before her.” It is what it is. It used to piss me off at the start. You just got to take it as a bit of fun. People should maybe read into the past that I’ve had—it’d probably surprise them a little bit!

Do you worry she’ll try and do a celebrity DJ set in Vegas?

When I first came over in 2010, I got off the flight and I saw a billboard “Fergie at 1 OAK,” she was DJing there or something. And that’s why I thought, “I’ve got to change my fucking name.” That’s why I did the Rob Güson [alias] thing. So that was part of it, another part was the music, but I was glad I’d done it, it gave me a year to feel out what I wanted to do and I’m glad I made the decision to stay.

With all the headliners at nightclubs on the Strip, why should people come to hear you spin as opposed to them?

The party that we put on [at Hakkasan], we try and reach out to everybody in the club, it’s not just about the people at the tables. You and I have both been that person that’s on the dancefloor and that’s really important to connect with them. … If someone asks me to play a track, I fucking play it! I don’t get this whole sort of…

Yeah, it’s fucking bullshit. If someone asks you to play a track, fucking play it! I’ve asked DJs to play tracks. So I don’t really get why some DJs don’t like it in their scene. You want to connect to as many of them as possible. If one or two of them come and ask you—if they make an effort to come and see you, if they get past all the staff and get up there, they fucking deserve it. I’ll play it twice!